We strongly encourage anyone spotting any breach of practice to either engage with the premises manager or to notify the local fire brigade. Here are some examples and the cost to rectify the issues which have been sent in to Firescout. 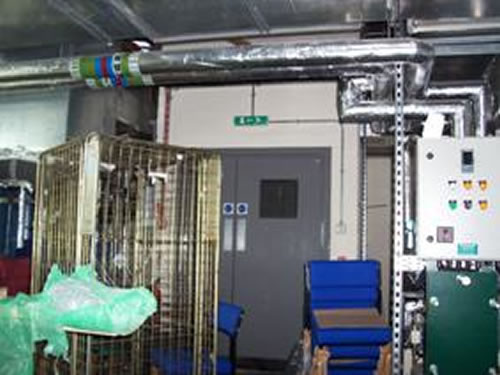 "I'm no expert but I'm sure these doors should be clear, shouldn't they?"

" " In emergencies, evacuees will promptly make their way to the nearest fire exit. If this is blocked or inaccessible it will cause confusion and possibly cause an acident in itself. The last thing you want is people trying to find an alternative exit or having to bring people back in to the building to help the injured, so keep the area clear at all times. 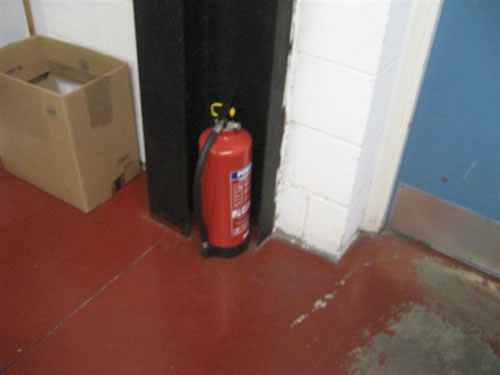 "I only just noticed this extinguisher here this morning. Not even sure if it should be here?"

" " A fire survey will let you know where your extinguishers should be positioned and what type they should be. You should have them mounted or on a base, with the correct signage. It must be obvious as to where the extinguisher should permanently reside so it's easy to maintain and to find in case of emergency. 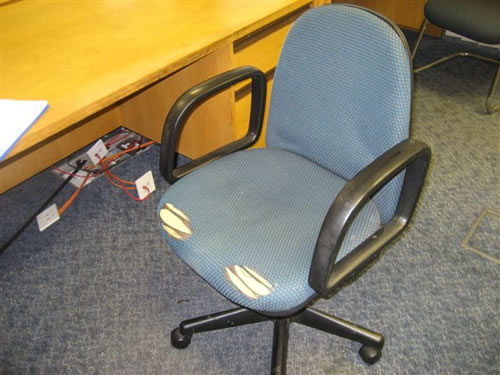 "These exposed wires were left under my desk - my chair is looking a bit worse for wear too!"

" " Exposed electrical cables are both a trip hazard and a fire hazard, tempting spillages and damage to the wires. Also, when the foam of a chair is exposed, there's a chance that the fire proofing will have no effect, making it more dangerous in the event of a fire.

Seal the light of day 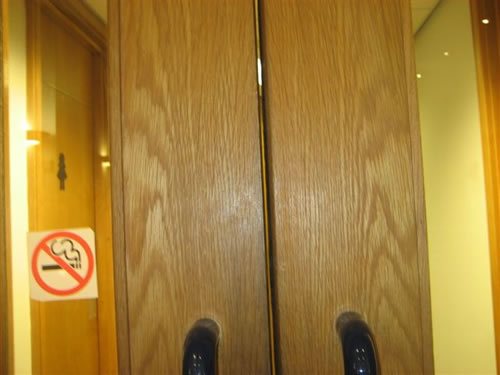 "I noticed our firedoors had gaps between them - isn't that as good as them being open?!"

" " Firedoors help stop the spread of fire through a building. Having gaps between doors or between a door and the frame will increase the amount of oxygen, and ultimately flames, that can pass through to the next area of the building. Seals can help to prevent this, and will stop both the fire and smoke and can usually be fitted with minimal fuss.

Too many extinguishers will spoil the broth 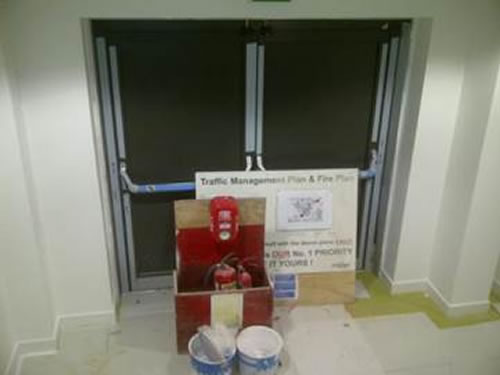 "The fire exit was block by no other than... fire products!"

" " Fire exits should be clear and accessible at all times. In the event of an emergency, such as a fire breaking out, there's a good chance people will want to quickly evacuate the area. Blocking fire exits with anything is bad enough, but by putting extinguishers there they are not properly wall mounted or placed on a holder, meaning they are not in the location that trained staff or fire officers would expect them to be if they had to use them. 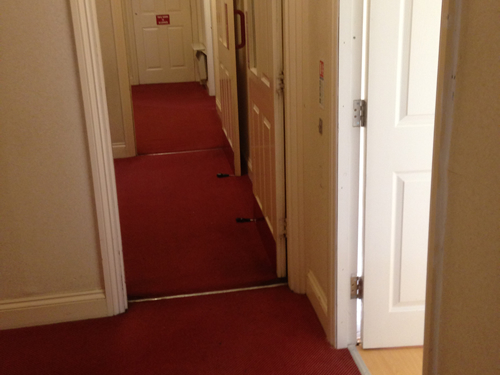 "These firedoors were held open by a workman with his screwdrivers!"

" " It's inevitable that sometimes a firedoor will need to be held open, especially when work is being carried out in the area. But it's your responsibility that everyone complies with fire safety regulations in your building, even contract workers. Screwdrivers might not be as bad as moving fire extinguishers to hold a door open, but there must be a retainer with a release mechanism in place. Screwdrivers will also make it very hard to close the door quickly if they get stuck, allowing a fire to spread quickly.

No time to hang around 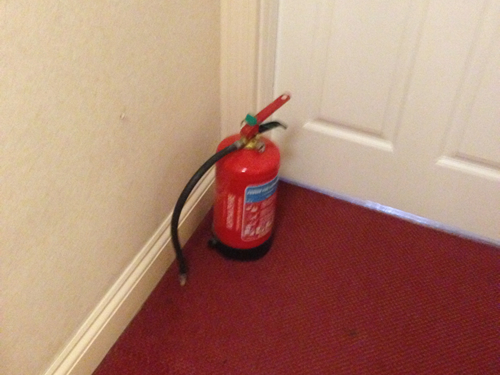 "I found this random fire extinguisher near my door..."

" " It's vital that fire extinguishers are hung on their hooks or placed in their stands correctly so that in the event of a fire breaking out they can be located and used quickly. It will also reduce the chances of the extinguishers being tampered with or accidentally damaged. 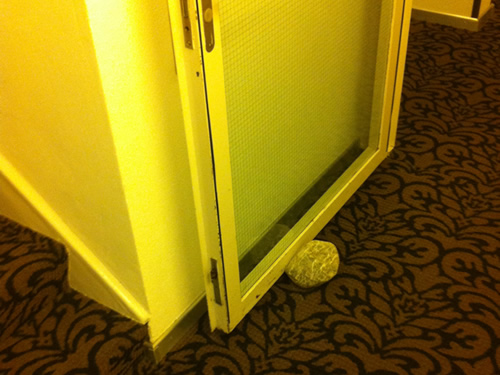 "The warning had been ignored... this fire door was being held open by no less than a lump of granite!"

" " It's usually a fire extinguisher that's used to incorrectly hold open firedoors, but in this case it was a large rock. But regardless, firedoors should only ever be held open by a device that has a proper release mechanism, such as the Dorgard retainer. 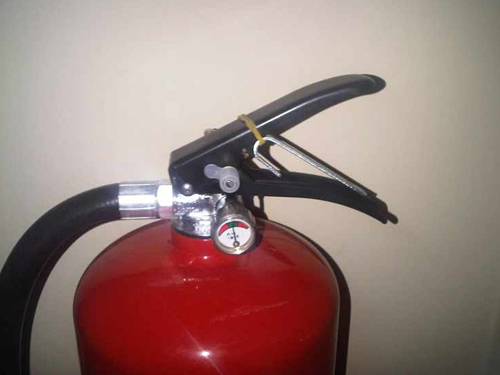 "This extinguisher was placed against the wall with its hook still strapped to the handle with an elastic band." 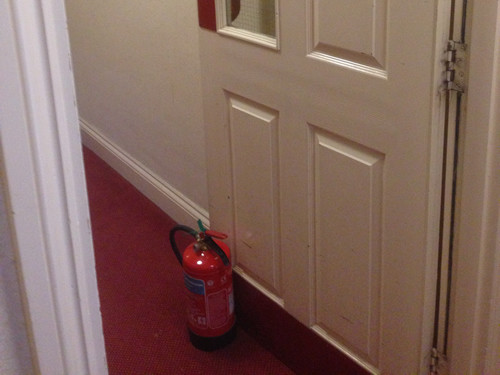 "I spotted this fire door being held open with an extinguisher... the sign was blatantly ignored!"

" " Firedoors must be kept closed at all times, unless you have a proper fire door retainer that will close the door for you when an alarm sound. Not only are you creating a hazard with the fire door, allowing fire to spread quickly through a building, but you are also moving an extinguisher from its proper position.